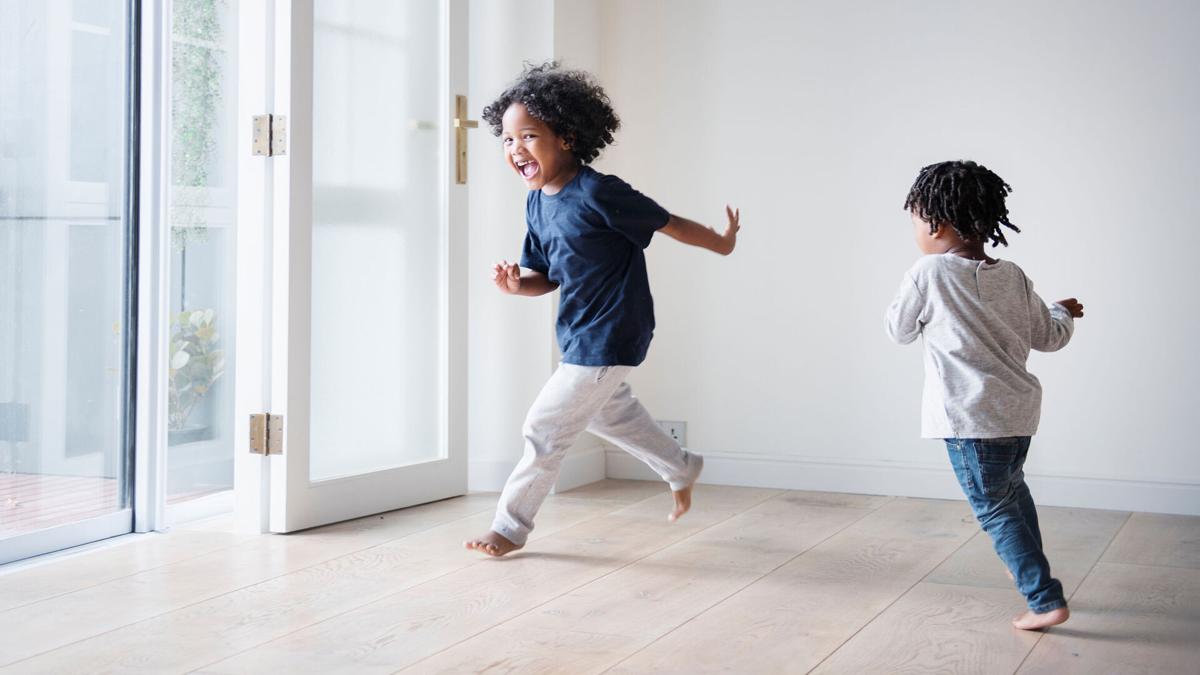 Sibling relationships allow children to try out new social and emotional behavior, particularly when it comes to conflict. 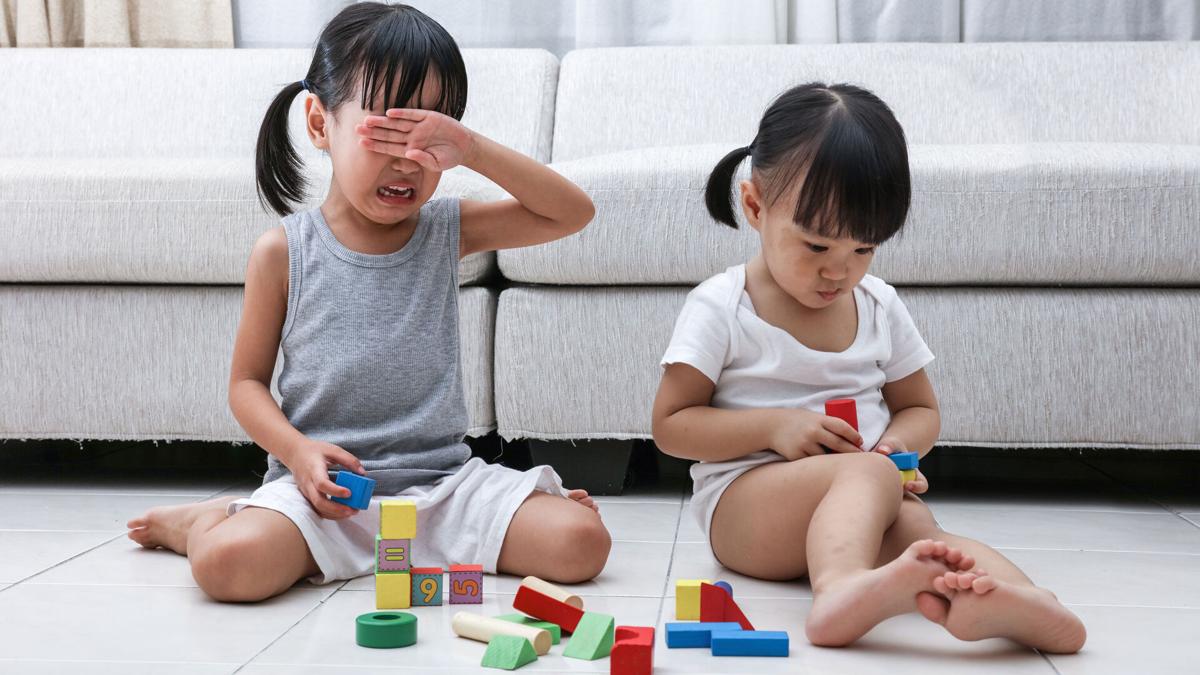 Parents should step in when fights turn physical.

Sibling rivalry is often taken as an unexamined fact of family life -- as much a part of parenting as potty training or bedtime stories.

But experts say parents don't have to put up with the bickering and the fights: There are strategies and techniques to help brothers and sisters get along better, strengthening a relationship that will support them for life and make for a more harmonious home.

Given the enforced proximity that is still a reality for many as a Covid-19 winter approaches, a game plan to improve sibling relationships could be a lifesaver for struggling parents tired of snarled insults and hurled objects.

"It's been part of our culture, at least in the US, to think that siblings fight. That there's going to be lots of times they don't get along. That's what they do," said Laurie Kramer, a professor of applied psychology at Northeastern University in Boston.

"When social lives are so restricted, families really see the value of encouraging their kids to be friends, in some respects, to be companions and playmates."

Unlike many of our relationships, we don't choose our siblings, and this makes for a unique dynamic. Brothers and sisters can withstand far more negativity and behavior that simply wouldn't fly among friends, Kramer said.

That's one reason why sibling interactions are developmentally so important. These relationships allow children to try out new social and emotional behavior, particularly when it comes to conflict, helping them learn ways to manage emotions and develop awareness of other people's thoughts and feelings.

"It's helpful for children to have experiences in a very safe relationship with a brother or sister where they can work through (conflict) and learn conflict management skills that they will be able to use in other relationships in their life," Kramer said.

"Conflict can be very constructive and helpful. It helps children get a sense of who they are and their own identity."

It's worth parents spending some time to help their children get along since these are typically the longest-lasting of our close relationships. That shared history can be really important in a crisis.

So what steps should you take to help feuding siblings get along? Here are some ideas.

It may sound counterintuitive, but scheduling regular one-on-one time with your children is a good first move.

"When you have one on one time there is no competition for your attention. There are no perceived winners and losers in this regard," said family therapist Jonathan Caspi, a professor in the department of family science and human development at Montclair State University in New Jersey.

"There is the ability to praise and correct without the audience (and it having any meaning) for the other children. It's a freer relationship and one in which bonding and closeness can be developed without interference," he said via email.

Another tip: While it's tempting to seize the moments they do get along to get things done, it's important to take a moment and praise siblings when they are cooperating and playing nicely -- parent the good behavior as well as the bad.

Tougher to deal with are the fights and knowing when to intervene or not. As a rule, Caspi said, it's better to ignore simple bickering.

However, he stressed that physical violence and the name calling that often precedes it should be policed.

"Since violence escalates incrementally in its severity, it is important that parents stop verbal violence before it becomes physical. Name calling is violence and opens the door for escalation into more severe violence."

"Do not allow your children to call each other curse words or negative terms like 'fat,' 'stupid,' 'icky,' etc. While physical wounds heal, verbal ones can last a lifetime."

Children under the age of 8 don't usually have the skills to manage conflict, said Kramer, who encouraged parents to act as mediators or coaches to facilitate solving the problem at hand rather than serving as a referee.

"What happens when parents do nothing and don't intervene is that children can get the message that parents think what you're doing is OK. That it's all right to keep on at one another," she said.

"We encourage parents to intervene to help children manage conflict on their own."

For example, Kramer suggested saying something along the following line: "I'm hearing some scuffling. I'm hearing some conflict. I'd like for the two of you to work this out together. If you need some help, I'm down the hall but let's see what you can do on your own."

It was once thought that girls used more verbal aggression than boys, Caspi said, but research is suggesting that sisters are just as apt to use physical violence as much as brothers.

"The difference may be how severe the physical violence gets. Boys tend to do more damage, particularly when older," he said via email. "It was also assumed that girls relied more on relational aggression (e.g., strategies to socially humiliate, isolating, injure reputation) than boys. However, there is evidence that brothers use this approach about the same too."

What not to do

The danger with intervening or involving yourself in children's disagreements is that it can backfire and fuel the fighting.

Parents tend to intervene on behalf of the younger child, which builds more resentment in the older and empowers the younger to challenge the older more frequently, Caspi said. Avoid phrases like "You're bigger, be nice!" "Be a good role model," or "She's little, let her have the toy."

"Another reason for bickering is parents who make lots of comparisons. Parents should avoid comparing their children. Children hear the comparisons and it creates more competition and fighting," he said.

It's also important to take complaints seriously. For example, if a child consistently complains, "It's not fair" -- something I find particularly challenging in dealing with my own daughters.

"When children complain about fairness, parents often dismiss it ... which only confirms the sense that they are on the outside in the parent-children relationship. Acknowledge the feelings and openly discuss it," Caspi said.

"Parents should observe how they intervene in sibling conflicts. Are you taking one's side more than the other's? If so, change it up," he said.

Lastly, and perhaps most crucially, both Caspi and Kramer said that it's important for parents to cut themselves some slack and take care of their own mental health. Kids can pick up on stress and tension, and this may lead to more fights.

"Parents are stretched in so many different ways right now," Kramer said.

Is a retail credit card worth it?

Is a retail credit card worth it?

Sign up here to get the latest health & fitness updates in your inbox every week!

The following activities take place at, or are sponsored by, the YMCA of Southwest Washington, 766 15th Ave., Longview.

8 ways to fall back asleep after waking in the night

Here are eight tips from sleep and anxiety experts on how to shut down that whirling dervish of a brain and coax your body back into much-needed sleep.

What women should know about their heart health

While women's heart care has significantly improved in the past 20 years, there is still much to learn about heart disease in women.

What’s the right time for a cortisone shot?

The right time for a cortisone injection depends on the location of pain and how much pain or limitation of motion is interfering with daily function.

Talking on the phone for 10 minutes could make you feel less lonely, study says

Talking to someone on the phone for 10 minutes multiple times a week — if you're in control of the conversation — can decrease loneliness, a new study revealed.

Traumatized and tired, nurses are quitting due to the pandemic

Nursing was more than a career to Rachel Ellsworth. She says she was "called" to the work.

Some food can aggravate or help relieve stress. Here are some simple food swaps you can make that may help you feel a little bit calmer.

Here's why that second coronavirus shot can be such a doozy

So you finally got your coronavirus vaccine. It took weeks of waiting, maybe a few calls before hitting the jackpot with a drive-through vaccination clinic. Or maybe you're a health care worker who got the shot at work.

Flavanols give fruits and vegetables their bright colors and are found in tea and cocoa. Research shows they appear to improve blood flow to the brain.

The latest on the coronavirus pandemic and vaccines

Sibling relationships allow children to try out new social and emotional behavior, particularly when it comes to conflict.

Parents should step in when fights turn physical.