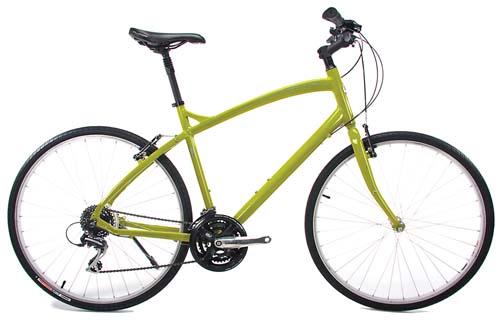 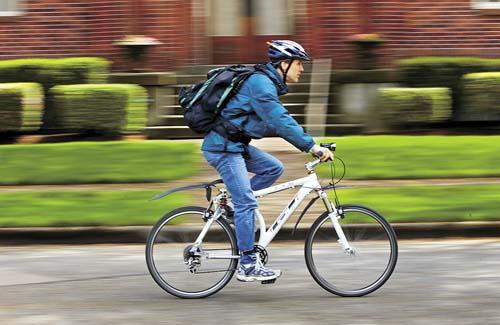 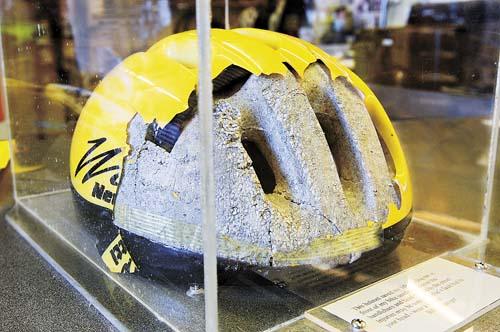 Blame it on the Spandex mafia and the kick in caffeine. A group of local bicyclists who gather at Starbucks on Fridays came up with the idea of a Bike to Work Week here, to coincide with a national campaign that happens every May.

Steve Harvey, Stephanie Dunn and David Freece — the fitness fiends in tights — have enlisted the backing of Cowlitz on the Move and PeaceHealth to promote biking to work from May 11 to May 15.

“One reason is to promote exercise, and another is to encourage commuting by bike,” said Freece, 57, the director of the Cowlitz County Historical Museum.

“It might seem intimidating, but it’s not that difficult,” he said. “It’s physically, mentally and financially good for you.”

“You can bike to work in this community,” agreed Harvey, 64, who rides his Surly Touring Bike most weekdays to his job as director of the Cowlitz-Wahkiakum Council of Governments. “We want to get more riders out there, where they can connect with their neighborhoods.”

“We also want to raise the awareness of motorists,” said Dunn, 54, administrative coordinator for the Cowlitz County Commissioners Office.

Dunn, who owns four bicycles and risks rain and helmet hair on her two and a half-mile ride to work, said Commissioners Axel Swanson and George Raiter plan to roll with the cause during Bike to Work Week.

Longview and Kelso already has a cadre — devoted if small — of bike commuters.

Veterinarian Dr. A Russell Moore rides a Giant Sedona to work at the Ocean Beach Animal Hospital. It’s a three-mile trip each way, and Moore makes one stop on the way in to teach a Bible study course at his church.

“It’s the only consistent exercise I get,” he said, “and it’s a good stress reliever on the way home. … I’m ready to play with the kids.”

Aside from showing respect for the environment, Moore said riding the bike means his family needs only one car. “We save a whole bunch of money because we don’t have to pay upkeep and insurance” on a second car.

Dennis Perry of Longview rides an Easy Racer recumbent bike to work at Weyerhaeuser. The low-slung bike is a “matter of comfort,” said the cycling enthusiast.

“You don’t carry any body weight on your wrists, shoulders or neck,” said Perry, who last week rode his recumbent 77 miles from Santa Maria to Santa Barbara, Calif. “I was tired, but not in pain” after the 7-hour ride, he said.

He also uses a flag to increase visibility.

“With any cycling, you’re mixing a slow mode of transportation into an infrastructure” based on driving. “Go out there with that understanding,” Perry said.

John Gillen, 52, has ridden his bike to work daily for 23 years.

A purchasing manager at Weyerhaeuser, he bikes from the Old West Side to the Norpac plant, rain or shine. He wears rain gear during downpours, he said, “and I squint a lot. But it really doesn’t rain all the time here.”

Gillen started biking to work in 1980, stopping only when he lived in Castle Rock for a few years. As soon as he and his wife, Audrey, moved back to town, they sold their second car.

Like other bicyclists, Gillen rides for fun and health, he said, including the health of the planet. “I leave as small a carbon footprint as I can. …

“It also helps people become more aware,” said Gillen, who had praise for local drivers. Motorists “aren’t necessarily used to seeing bicycles,” he said. “They watch out for me.”

He has a flashing tail light on his GT mountain bike and bright orange reflective strips on his backpack and helmet. “Bike lights aren’t made to help you see real good,” he said. “They’re made for the cars to see you.”

Organizers of the Bike to Work week have set up registration on the Cowlitz on the Move Web site (www.cowlitzonthemove.org/) and encourage riders to check out bike safety guidelines and rules of the road on the state’s WSDOT site (www.wsdot.wa.gov).

Avid bicyclists for years, they’ve had their share of thrills and spills.

Freece has a nine-mile round trip between home and the museum, and in the summer of 2005, he rode 3,300 miles along the Lewis and Clark trail, from St. Louis to the mouth of the Columbia River.

At the bike shop inside Bob’s Merchandise, customers can check out the helmet that Bill Hallanger credits with saving his life. One half of the outer shell of the helmet was shorn off when a car collided with Hallanger, and he donated the sliced helmet to the shop to remind riders what’s at stake when ride bicycles in traffic.

Regulars said they avoid Ocean Beach Highway and other crowded thoroughfares. They recommend using side streets and wide, accommodating roads like Pacific Way and First and Third Avenues.

For a smoother commute, timing helps. Try early morning, and leave work earlier or later than rush hour, they said.

Organizers would like to see Bike to Work Week lead to more visibility, more respect for riders, and maybe some infrastructure changes — like bike racks or bike lockers.

“It’s a mechanism to get the word out,” Dunn said.

Those who try it for five days may discover they don’t want to quit.

Harvey said riding his bike relaxes him, the way golf relaxes some people. He remembers riding home in the rain after a night meeting. “There was hardly any traffic, and by the time I got home, I thought, ‘That was good.’ ”

Dunn likes trail riding, and has ridden her bike to Bellingham and zoomed down the fork lift trail at Whistler.

Riding to work can be a hassle for women, she said, because they dress differently for work than men do and often have errands to run during the day.

She sometimes has to give herself a pep talk, Dunn said. “Life is so hectic. It’s really easy to say myself, ‘Oh, I’ve got all these other things to do.’ Then I say, ‘OK, slow down. Ride to work.’

“And it energizes me. It makes my day go better.”

“Every person riding a bicycle upon a roadway shall be granted all of the rights and shall be subject to all of the duties applicable to the driver of a vehicle ….”

Get in the Spin

What: Bike to Work Week

To register: Go to the Cowlitz On the Move Web site, www.cowlitzonthemove.org, and fill out the form.

Those who register will be entered in drawings for a free Go Green bike and gift certificates to Bob’s Sporting Goods, free bowling tickets and movie tickets, and coupons for Vernie’s Pizza.

Free bike safety checks will be available at Bob’s from May 6 to 8. Please contact Bob’s for more information. 425-3870.

Aside from a bike in good repair, every cyclist should wear a helmet and take steps to be visible in all weather.

Know the rules of the road

Review the Washington State Bicycle Commute Guide before riding your bike to work. It is available, along with many helpful tips, at the Washington Department of Transportation Web site: www.wsdot.wa.gov/bike/toworkmonth.htm

Go to the bottom of the page and click on Washington Bicycle Commute Guide for a pdf version.

Here are basic rules as outlined in the guide:

• Ride in the direction of traffic.

• Obey all traffic signals including stop signs and lights.

• Stay as far to the right in the travel lane as you safely can when moving slower than traffic, except when you are making a left hand turn or to avoid a right-turn lane when you’re not turning right.

• Pass on the LEFT. You may overtake a vehicle on the right if you are in a bike lane or using a right turn lane.

• Signal prior to changing lanes or making a turn. For a left turn, hold your left arm out. For a right turn, hold the left arm out, bend your elbow and point hand down.

• Allow three feet between yourself and parked cars in case someone inside a parked car opens the door.

• Ride in a straight line; avoid swerving or weaving.

• Do not ride on the sidewalk except to prevent an accident or in a situation where there’s no room to safely ride in traffic.

If you plan to take part in Bike to Work Week as a new way to commute, and you are willing to be interviewed about the experience, please call Erik Olson at eolson@tdn.com or 577-2510.

Devin Funchess, hoping to play in the NFL for the first time since 2019, made the most of his opportunities in the Detroit Lions’ preseason opener. The former Michigan star had 21 touchdown receptions for the Carolina Panthers over the first four years of his career before it was slowed by injuries and the COVID-19 pandemic. On Friday night against the Atlanta Falcons, Funchess played in just 21 snaps on offense, but he capitalized on the playing time by catching four passes for 19 yards and a touchdown. He converted a key third-and-8 by breaking a tackle on his way to a 9-yard gain. Two plays later, he had a highlight-reel hurdle of Atlanta Falcons defensive back Tre Webb on his way to another first down.

Door colors can earn or save you thousands of dollars

'Gifted' dogs have this wonderful trait in common

'Gifted' dogs have this wonderful trait in common

Tips for improving your heart health after COVID

Tips for improving your heart health after COVID

Bike to Work Week gains traction in Cowlitz County
© Copyright 2022 The Daily News, 770 11th Ave Longview, WA 98632 | Terms of Use | Privacy Policy | Do Not Sell My Info | Cookie Preferences
Powered by BLOX Content Management System from TownNews.com.
You don't have any notifications.