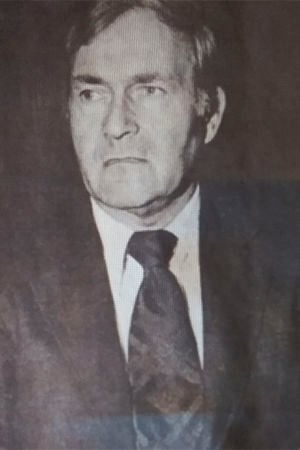 Tom Archer died peacefully in his sleep at age 93 on November 24, 2020. Born in Tacoma,Wash., he moved to Longview in 1948 starting his professional career as a court reporter in Cowlitz County Superior Court. He served in the Air Force from 1950 to 1954 returning to his career as a court reporter in Superior Court until he retired in 1981. He continued his private practice, Archer and Archer Court Reporters until he retired in 1995.

He and his wife Kay traveled, meeting friends, enjoying music and life. Members of the Old Time Fiddlers and Washington Acoustic Music Association he played his violin in jam sessions and on stage. Wanting to share his love of the violin he taught youth while living in El Centro California. Eventually settling in Sun City West Arizona, he continued to play with local musicians into his 90s.

He is survived by his wife, Kay, two sons, Mike and Jeff, three daughters, Holly, Jana and Penny, numerous grand and great-grandchildren, nieces and a nephew.

Parents are concerned about their child's safety on the internet

How to prepare your home for fall

How to prepare your home for fall

Tips and tricks to upgrade a breakfast sandwich

Tips and tricks to upgrade a breakfast sandwich

Never leave these items in your car if it's cold outside

Never leave these items in your car if it's cold outside