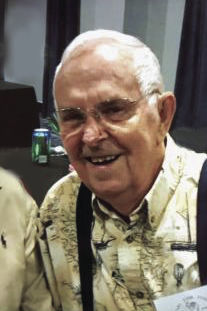 Kenneth was born to Herman and Verna Westrick Laabs on July 26, 1924 in Milwaukee Wisconsin. In 1936 the family moved to Longview, Wash., where he attended RA Long High School.

In July 1943 Ken was inducted into the Army and sent to Camp Roberts Calif. His basic training was in the field artillery on a 105 mm Howitzer. From Camp Roberts his unit was sent to Camp Gruber, Oklahoma to pick up mules to be trained with at Fort Carson Colorado. Eventually his unit and mules were shipped by rail to Louisiana where three liberty ships were docked on the Mississippi River awaiting the men and mules. From there they traveled 80 days to Calcutta India. They loaded the mules on to narrow gage railroad trains. They had 600-700 miles to go to meet their battalion. The following six months were the most grueling times that could be asked of a 19 year old young man. They marched with mules who were carrying gun parts through the jungles and mountains to Burma India. There they fought the Japanese to open the Burma Road so that war supplies could be delivered to China.

After the war, Ken returned home and began life as a civilian. Thinking he wanted to be a teacher he attended Mammoth College. After a few months he realized he enjoyed building, so began his career as a builder. There are many houses, condos and apartments on the streets of Longview that were built by Ken. He even built a nursing home on 1541 11th Ave. He later moved to Santa Barbara, Calif., and continued his career as a builder.

In 1946 he married Susan Snyder and they had three children, David, Susan and Teresa. He lost Susan in 1984 after a long battle with cancer.

Ken met Beulah Vernon in 1984 and she has been his loving companion ever since. They traveled extensively throughout the States, Europe, China, Australia and New Zealand. Ken and Beulah enjoyed attending army reunions, golfing and visiting family in Santa Barbara. Ken was still building into his eighties. He built a home for Beulah and himself next to his daughter Susan and son in law Mark.

He was very ambitious and resourceful. If there was a way to do something, he would find a way to get it done. Nothing stopped him. He was always willing to share his expertise and give advice. He had many abilities and hobbies including flying planes and traveling. He dabbled in stained glass, drafting, pottery and writing stories. Ken enjoyed remodeling homes and RVs. Which led to traveling throughout the United States.

Funeral arrangements have been canceled and Celebration of life will be this summer.

To plant a tree in memory of Kenneth Laabs as a living tribute, please visit Tribute Store.