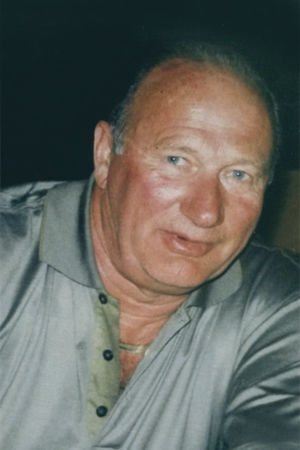 W. Dale Smith, age 85, passed away on Aug. 9, 2019, at hospice care in Longview, WA. Dale was born on April 24, 1934, in Longview to Elsie (Dykstra) and Archy Smith. He lived in the local area his whole life, except for two years he spent in Wisconsin. Dale graduated from R.A. Long High School in 1953 and attended LCC, Oregon State University and the University of Puget Sound. He also served in the Army as a medic in Germany and played football for the Army, along with high school and college football. Dale later worked as a Division Manufacturing Manager for Weyerhaeuser and then for Talon Automotive out of Detroit, MI, after the division was sold. He was also a member of the Longview Country Club, the Kelso/Longview Elks and the NRA. Dale’s favorite pastimes were hunting (especially Elk), preparing for Elk camp, fishing, golfing, snow skiing and water skiing. He also played fastpitch softball in the local area for many years and was inducted into the SW Washington Fastpitch Softball Hall of Fame. Dale coached Little League and Youth Football and was inducted into the Hall of Fame for the 1952 football team at R.A. Long.

On May 28, 1965, Dale married Sandy Sundquist in Longview. He is survived by his wife Sandy Smith, of Longview; sons Mike (Nicole) Smith, of San Marcos, CA, and Scott Smith, of Vista, CA; granddaughter Ashley, of California; step-granddaughters Taylor and Natalie, of California; nephew Robb (Sue) Smith, of Kelso; nieces Diana (Mike) Messinger, of Long Beach, WA, and Cody (Gary) Spanner, of Richland, WA; and other nieces and nephews. Dale was preceded in death by his parents, a brother Dean, nephews Ernie and Jeff and special friend and companion Koda, his beloved German Shepherd.

A celebration of life will be held from 4-7 p.m. Oct. 5, 2019, at the Longview Country Club. In lieu of flowers, memorial contributions can be made to Community Home Health & Hospice or the Humane Society.