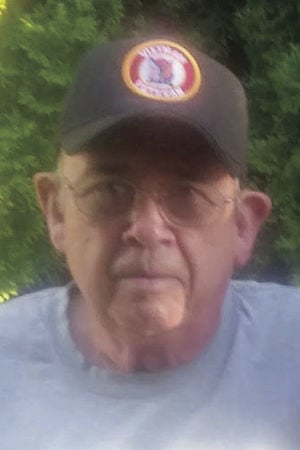 Ben was born and raised in Kelso. He graduated from Kelso High School in 1967 and entered the Army in 1968. He served as a clerk in Germany and a transportation specialist in Vietnam, where he earned a Purple Heart and the Bronze Star.

After his honorable discharge in 1971, he enrolled in Lower Columbia College, majoring in journalism and communications. There he met and fell in love with Verle Colleen Rarey. They married in 1973.

Ben loved baseball. He played in Kelso Babe Ruth from 1962 to 1964 and coached his first team in 1972. Ben was a constant presence at Tam-O-Shanter Park. He served Kelso Babe Ruth in many capacities for over 30 years including as a coach and manager for Teamsters, but his main focus was teaching and sharing his love of the game with any kid in the league, whether they played for him or not. He is still known as “Coach” to scores of former players. Ben was a fan of all Hilander sports too, and for many years was the announcer for Kelso High School basketball and wrestling.

He was a surveyor for the Washington Department of Transportation for more than 20 years. In the 11 years prior to his death Ben was a fixture within the Lower Columbia recovery community, sharing with and mentoring others to help them get their lives back on track.

Ben is survived by his wife of 46 years, Verle; a son, Marty in Missoula, Mont.; a daughter, Melinda Conn and son-in-law, Jeff Groce of Kelso; two grandsons, Aaron James and Austin Lyle Conn; and numerous beloved nieces and nephews.

He was preceded in death by his parents, F.E. “Blackie” and Edna Hill; his four brothers, Wayne, Eugene, Harlan (Ford), and Marty Hill; and three nephews, Bill, Rod, and Scott Hill.

Friends and family are invited to a celebration of Ben’s life at 2 p.m. Saturday, March 23 at the Faith Family Christian Center on Ocean Beach and 38th Ave.