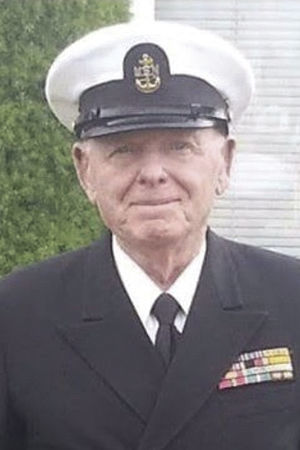 Andrew Wilson Jr. passed away peacefully at home on June 11th, 2020. He was born April 10, 1925 to Samuel Andrew and Florence Bell Wilson in Central City, Nebraska.

He joined the Navy at 16 and spent the next 23 years serving his country. He married Donna Lesser in 1947. Together they raised three children and numerous foster kids. He married Joyce Whiteside in 1977. She preceded him in death. He was a Longshoreman for 27 years, was a Mason for 60 years, had his own construction company, owned the Little Falls Grocery and was a Piro Technician for Red Devil Fireworks. He visited Vader with a shipmate in 1954 and decided that day to buy a farm there. He was a Vader volunteer firefighter and one of the first EMTs in the area. He was instrumental in building the current Vader City Hall, which was dedicated to him in 1997. He was a longtime Councilman and also Vader Mayor.

He will be greatly missed, always remembered and forever in our hearts. Arrangements are under the care of Cattermole Funeral Home, Winlock.

To plant a tree in memory of Andrew Wilson Jr as a living tribute, please visit Tribute Store.