UK lawmaker stabbed at a church in eastern England has died

Three local writers will be featured at WordFest from 6 to 8 p.m. Jan. 9 at Cassava, 1333 Broadway, Longview.

Fred Hudgins will read from his first young adult novel, “Green Grass.” The book follows a girl and her friends who open a portal to a magical paradise that is not all it’s cracked up to be, according to a press release. The group drops into the middle of a civil war with good people and bad people on both sides. Trying to figure out who is who is important and once the friends get cloned, the situation becomes complicated.

Hudgins has been writing poetry and short stories since he took a creative writing class in 1967 at Purdue University. Afterward, he went into the Army and spent a tour in Vietnam. He received a bachelor of science degree in computer science from Rutgers University and became a computer programmer.

His short stories and poems have been published in “Biker Magazine,” “The Salal Review” and “The Scribbler”; in the anthologies, “That Holiday Feeling” and “Not Your Mother’s Book on Working for a Living”; and online at poetry.com.

Ryan O’Keefe will read from his novel “Shallow World: A Sunny-Thorned Seed for the Untold Stories.” He describes the book as a “new adult romantic dramedy,” notes the press release.

The unpublished book is set in the fictional city of Merson Valley, California, and follows the “wonderful, messy, sometimes heartbreaking” lives of 20-year-old best friends Jynnete and Katy, as they “face the challenges and adventures of college, romance, new adulthood and a school shooting.”

O’Keefe was born n Washington. He lived in Utah, Arizona, Nevada and California before moving to Longview in September 2017.

He was a copywriter for a financial institution.

Joan Enders will read from her book “Evidence Is Lacking. Yet I Still Hope.”

The book follows the life of Joshua Henry Bates, a young teacher in a country school who joined the American Expeditionary Forces in Europe. The book goes through him falling in love, leaving his farm to attend the University of Utah and his self-doubt, reflected in his journal.

Enders will lead the audience in an “interactive reading” to learn who Bates was and what happened to him.

She conducts training webinars for librarians and administers the local Family History Center for Family Search International, according to the press release. She also speaks to professional organizations and at genealogy conferences.

An open mic period will be held after the presentations.

For details on WordFest, which meets the second Tuesday of each month, contact Alan Rose via his website, www.alan-rose.com.

Adele - Easy On Me (Official Video)

Adele - Easy On Me (Official Video)

Jonah Hill asks people to stop commenting on his body

Jonah Hill asks people to stop commenting on his body

'It's not helpful': Jonah Hill asks fans not to comment on his body

"I know you mean well but I kindly ask that you not comment on my body," he wrote to his 3.1 million followers.

Demi Lovato thinks the term 'aliens' is 'derogatory' to extraterrestrials

Lovato explained that they do not believe that beings from another planet mean to harm humans.

A walkout would bring film and television productions across the country to a standstill and would be the biggest Hollywood labor dispute in more than a decade.

LONDON (AP) — Paul McCartney has revisited the breakup of The Beatles, flatly refuting the suggestion that he was responsible for the group’s demise.

New Superman will come out as bisexual, DC Comics says

4 horror films based on literature

Settle this eerie version of the book vs. movie debate with these four horror films based on literature

'Squid Game' is Netflix's 'biggest ever' series launch. Here's why.

The dystopian series, in which contestants who are deeply in need of money play deadly children's games to win cash prizes, has been viewed by 111 million accounts.

LONDON (AP) — A work by British street artist Banksy that sensationally self-shredded just after it sold at auction three years ago fetched almost 18.6 million pounds ($25.4 million) on Thursday — a record for the artist, and close to 20 times its pre-shredded price.

Chopin portrait bought at flea market is from 19th century

WARSAW, Poland (AP) — A peeling portrait of Frederic Chopin purchased at a flea market in Poland hung modestly in a private house for almost three decades before an expert dated the painting to the 19th century, when the Polish piano composer lived. 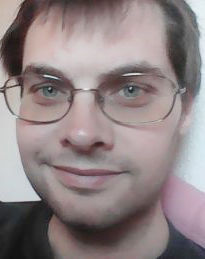 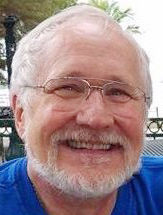 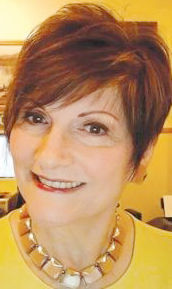